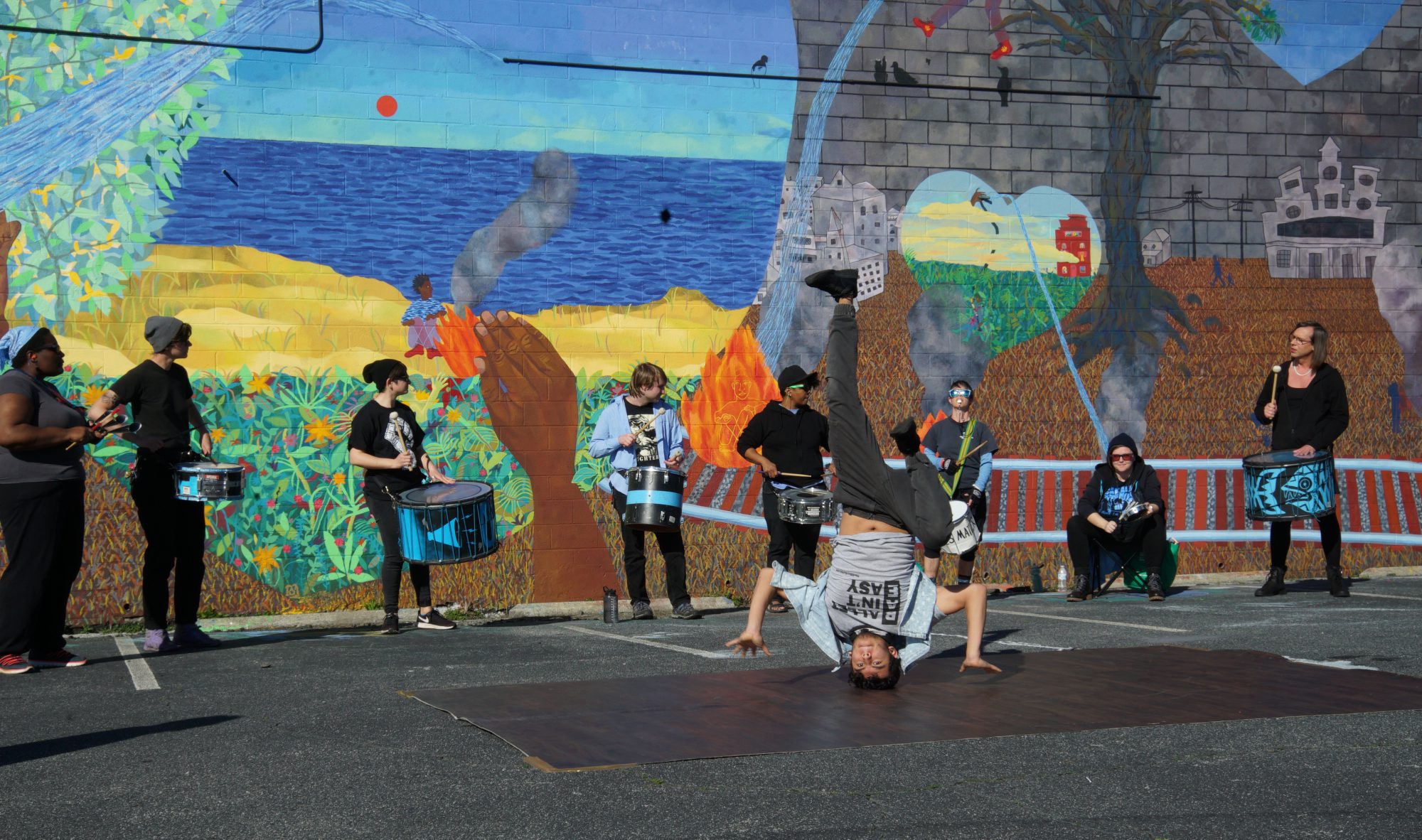 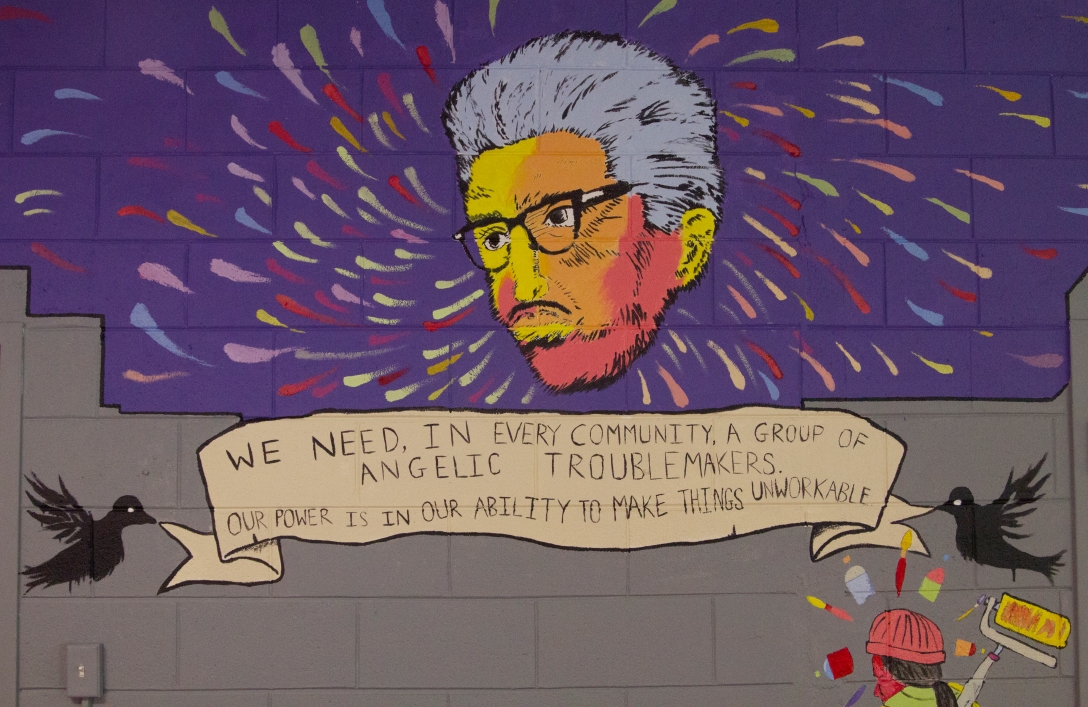 In January 2016 we partnered with the youth group at New Garden Friends Meeting to create a mural for their gathering space. Talking with the youth group was fun, and slowly lead to what was an obvious decision, to create a mural featuring Bayard Rustin. Bayard Rustin organized the March on Washington in 1963, however is all too often left out of history for being Black, Gay, and Quaker. We thank Bayard for all he has done and his commitment to justice around the globe. We hope to be the angelic troublemakers of his dreams.

“We need in every community, a group of angelic troublemakers. Our power is in our ability to make things unworkable.” -Bayard Rustin

Core member, John Hunter, took the lead as artist and designer on this mural. This is John’s first mural!